HONG KONG, Dec. 29, 2021 /PRNewswire/ — NoxPlayer, the best Android emulator to play mobile games on PC that’s loved by over 150M users in more than 150 countries and 20 different languages, announces an upcoming release for its premium version. According to NoxPlayer, its premium subscription plan, which will include features like ad-disabling, will be available hopefully in its next version update in late January. Now besides a plethora of features preloaded in NoxPlayer, users get to enjoy their mobile gaming better with NoxPlayer Premium. 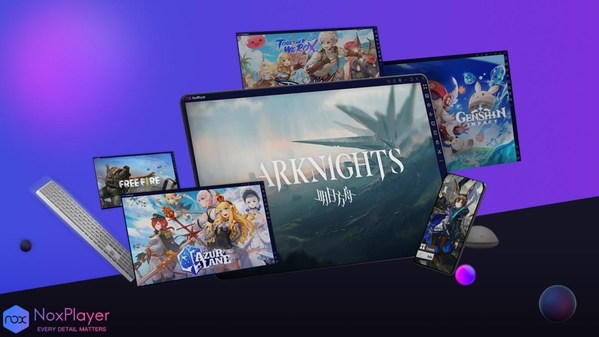 According to NoxPlayer, this new feature will be available hopefully in its next version update in late January. With NoxPlayer Premium, users get to remove home screen app recommendations, pop-up banner ads upon startup, recommended games under the search bar, etc. Subscribers to the NoxPlayer’s Premium plan will be treated very specially. And there will be more benefits announced for Premium subscribers in the future.

Most Worth Trying New Features of NoxPlayer in 2021

Nox has always been favored by users because of its user-friendly UI and rich features. As a gaming platform product that believes every detail matters, NoxPlayer has been constantly investigating user preferences, planning and designing many useful features for hardcore gamers. Being the best Android emulator of 2021, besides its upcoming Premium feature, Nox does come preloaded with tons of other great features. Here are the most worth trying new features of Nox released in 2021, which can all be utilized in the latest version of NoxPlayer:

1. Integrated Multi-instance dashboard: different from other emulators, NoxPlayer has integrated Android 5/7/9 (32-bit and 64-bit both) in one installation pack. Gamers using Nox can switch between different Android systems to play all their favored games.

2. Voice chat feature: this new feature is free for all users to use and everyone can create/join a private/public chatroom or game club to start voice chatting during their mobile gameplay on PC in games like Free Fire, PUBG, League of Legends, Among Us, etc.

3. Script-invoking: Nox supports invoking recorded Macro scripts quickly to execute the same commands multiple times. This feature is especially useful for re-rolling in gacha games, where users can record commands once and invoke the script to run it multiple times at a simple click.

5. Video wallpaper: users of NoxPlayer can customize their wallpaper of Nox, and now videos are also supported which leaves them more choices.

6. For the techies: Xposed framework is now supported on Android 7 (32-bit) for the developers to use. And for those who prefer installing APKs by dragging and dropping, Nox now supports XAPK format.

As always, NoxPlayer promises superior app compatibility with both Windows and Mac systems, allows running games on Android 7/9 systems (32-bit and 64-bit both), and lets users enjoy better performances and improved user experiences even on PCs with lower specifications.

With over 150 million users in more than 150 countries and 20 different languages, NoxPlayer assures users that it is committed to providing the best digital solution for connecting Android to Windows and Mac, aiding the distribution of Android software. You can download the NoxPlayer client on its official website.